Screen actress Geraldine Chaplin recently visited BOZAR in Brussels, Belgium, to attend the premiere of her latest film “The Barefoot Emperor.” She was accompanied by filmmakers Peter Brosens and Jessica Woodworth, along with actors Lucie Debay, Bruno Georis, and Peter Van den Begin who plays the Emperor.

“The Barefoot Emperor,” the sequel to the mockumentary “King of the Belgians” (2016) that has been screened at 125 film festivals worldwide, had its world premiere at the Toronto International Film Festival last September. The film was shot in September-October 2018 in Croatia.

Whereas the previous film was a road trip, “The Barefoot Emperor” is rather a trip without a road. The film begins with a bullet in Sarajevo, which abruptly halts the King’s journey home. He awakens in a sanatorium on Brijuni, the Croatian island where Tito hosted hundreds of public figures, including monarchs, presidents and movie stars. While recovering from the wound to his ear, the confused King is confronted with the ugly reality of a Europe that is turning inwards and backwards. Worse still, he is slated to become Emperor of this dubious ‘Nova Europa.’ New characters appear, including an eccentric Lady Liz (played by Geraldine Chaplin) and a deranged Dr. Kroll (Udo Kier). The historical references are multiple. The mockery is steady. The absurdity is credible.

[The trailer of “The Barefoot Emperor”]

The intention is to evoke unease and laughter while weaving together layers of history. Nonetheless, at the heart of it all remains the vulnerable and unpredictable King.

The storm gathering over the island is that of rising nationalism that just might unleash another dark chapter of history. Why is fear so easily awakened? Why is hate sparked so swiftly? Why do people forget the lessons of the past so readily? And how courageous is the royal protagonist? Remembering the impact of the Chaplin screen classic “The Great Dictator” (1940), Ms. Chaplin is still convinced that mankind’s best weapon is humor.

Previously a leading lady of international cinema on both sides of the Atlantic who became a much sought-after character actress of world cinema, Ms. Chaplin was born in Santa Monica, California, in 1944, and with her family they boarded the RMS Queen Elizabeth in September 1952 in New York to attend the London premiere of “Limelight” (the film is set in London). The next day, Charlie Chaplin learned that he was to be barred from the U.S. and before his re-entry, he would have to go before an Immigration Board of Enquiry ‘to answer charges of a political nature and of moral turpitude,’ as he wrote in “Charles Chaplin: My Autobiography” (1964).

What happened before—Mr. Chaplin’s worldwide fame as the Tramp in a string of tremendously successful and unforgettable films that all became masterpieces, followed by the witch-hunt and the Hollywood blacklist—has all been widely documented. Since then, the Chaplin family settled in Switzerland in 1953 where he continued to work, while his daughter pursued a very productive acting career. After playing the leading role in David Lean’s “Doctor Zhivago” (1965) at age twenty-one, she became an established and award-winning actress, and one of the most productive performers of her generation. However, she never wanted to follow into his footsteps. “No,” Ms. Chaplin says, “I try to do what my humble self can do, I try to be a good tool at what I do. I would never compare myself to him: Charlie Chaplin is unique.”

Ms. Chaplin, when did you first realize he was such a unique and incredibly gifted all-round artist?

I think I always knew it. There’s no particular moment that I discovered that. I always knew that he was the best-known man in the world, or the most loved man in the world. And I think the one shocking moment was when I was about six, I think. My brother and I went down to the end of the gate, to the exterior of the property, and we said [sings], ‘We’re Charlie Chaplin’s children, we’re Charlie Chaplin’s children.’ Then this lady passed and she said, ‘And who’s that?!’ She thought we were these horrible little brats, you know. And we ran back in, we ran upstairs and we hid under the bed, because we thought, ‘Maybe it’s not true, maybe everything is a lie, maybe Father Christmas doesn’t exist, maybe nothing exists.’ So there’s no moment when I realized that he was a great man, but I do remember that one horrible moment when it was put in doubt.

So that incident happened when you still lived in Los Angeles in the early 1950s. Shortly afterwards, when he went to London for the premiere of “Limelight,” he was denied entrance to the U.S. Did he think at the time that his career could or would come to a stand still?

I can’t really speak in his name, but I don’t think so. I think he was probably disoriented. But they were very disgusting with him: they told him on the boat, when he was leaving, ‘You can’t come back.’ That’s not very nice. But I never knew about that until I was much older.

When you grew up, did he talk a lot about his work in America, his early films, his worldwide fame…?

Not really. He just worked every day. That was the big thing, ‘Daddy’s working.’ He shut himself up in his bureau with a piece of paper and a pencil, and he would try and create. And that wasn’t easy. His films always look so easy, but it was very difficult. He was a hard worker, such a hard worker.

Was writing maybe the most difficult process?

I think it’s all difficult to get that kind of perfection. But he was an incredible fighter, and he would just go on and on until it was absolutely perfect. He wasn’t happy until it was perfect. Which it always was. He was also very tough to work with, because he wanted perfection from everyone else too. He was very exigent with everyone.

[The trailer of “The Great Dictator”]

You say he was a fighter. Did he also have to ‘fight’ to get some of his films made?

I know that nobody wanted him to make “The Great Dictator” [1940]. In America they told him, ‘You’re crazy. That film will never come out, so don’t do it. Don’t even go there, don’t mess with that subject.’ In England they said, ‘We’ll never show it.’ So he financed the film himself, that was the only way to get it made. And it was the biggest success when it came out in London during the blitz. People were just so amazed to be able to laugh at that monster [Adolph Hitler]. Laughter is such a powerful arm, so people could suddenly laugh at it. He fought to get that film done. He had said, ‘If I can’t make it anywhere, I’ll make it with my own money’—which he did. So yes, he was a fighter. [“The Great Dictator” was into production from September 1939 until early February 1940. In his autobiography, Mr. Chaplin wrote: ‘Had I known of the actual horrors of the German concentration camps, I could not have made “The Great Dictator”; I could not have made fun of the homocidal insanity of the Nazis.’]

When he was able to return to Hollywood in the early 1970s and was welcomed like royalty, was he relieved or happy, or maybe bitter about the way they had treated him?

He was happy. As far as I can tell, I think it gave him a new lease on life. My sisters and I were sort of against him going back, but he wanted to go back. And I think the standing ovation at the Oscars and everything, that was really good. It made him feel good again, important again.

[On April 10, 1972, Mr. Chaplin received an Honorary Oscar for ‘the incalcuble effect he has had in making motion pictures the art form of his century.’ The following year he won another Oscar for the Best Original Dramatic score of “Limelight” which wasn’t released in the U.S. until 1972.]

Did he sort of forgive them for excluding him for such a long time?

It think his private life at that time was very important, and he was still making films in England. I remember we once went to Japan, and there was a stopover in Anchorage, Alaska, where you had to get off the plane. And he said, ‘This is the United States, I’m not getting off the plane.’ And they said, ‘No, Mr. Chaplin, you have to change planes.’ But he said, ‘No, I’m not getting off this plane, because this is the United States. I’m not setting foot there again.’ And in the end, eventually he said, ‘Okay, a nice good American cup of coffee then!’ [Laughs.] And so he got off the plane. It was huge what they did to him, but he was happy to go back, I think.

When he was back in Los Angeles, did he go to his film studios on La Brea Avenue?

I don’t think he did. He was in the U.S. for just a few days and then went back home. They had given my parents a visa—my mother got a visa, you know, multiple entry, something like that, and they gave my father a visa for five days only. He was so happy, he said, ‘You see, they’re still scared of me!’ [Laughs.] But I don’t think he went back to his studios. He had that kind of nostalgia for the streets of London and for his childhood, I don’t think he had that for the United States. At least, I never saw it.

There are many sources for anyone who wants to know all about your father’s work. We got his autobioghraphy, there are numerous books that have been written, and there’s also Kevin Brownlow’s trilogy “The Unknown Chaplin” [1983, watch here Ms. Chaplin’s introduction to the series]. Is there any source in particular that you would recommend for scholars or film students who want to know all about him?

I would suggest David Robinson’ book [“Chaplin: His Life and Art,” 1985], I think that’s probably the best. I have read most of them—my father’s autobiography is very good, but it is very personal, and it will tell you more about the man. I don’t know exactly how old he was when he wrote it, but memory is something rather treacherous, it can play a lot of tricks on you. So David Robinson’s book is the best one, and he keeps adding appendixes to it. It’s very thorough. He included the papers that were all about the FBI, they came out because of the Freedom of Information Act, and it turned out that the FBI took all their information and all the horrible things that they were saying about my father from the gossip columns from Louella Parsons and Hedda Hopper. They were the great fountains of information. They [the FBI] were not as clever as they are now, it was a lot of nonsense, but that is what got him accused and for having friends who were communists. It’s ridiculous, I mean, now you’d say, ‘Couldn’t they have done a more thorough research?’ So that’s what you’ll find the David Robinson addition.

Did Louella Parsons and Hedda Hopper ever apologize to your father?

No, I don’t think they even knew that they were the sources of the FBI. They wrote mostly gossip columns, and he had a bad reputation anyway in the McCarthy era. It ruined so many people’s lives completely. It was a horrible period, so many people were blacklisted and so many lives were destroyed completely.

[The first part of “The Unknown Chaplin,” the trilogy about the career and working methods of Charlie Chaplin, written and directed by film historians Kevin Brownlow and David Gill; narration by James Mason. Watch here part three.] 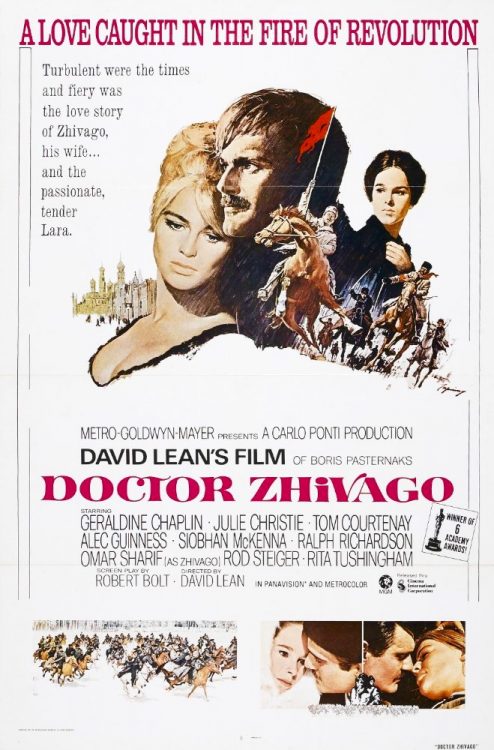 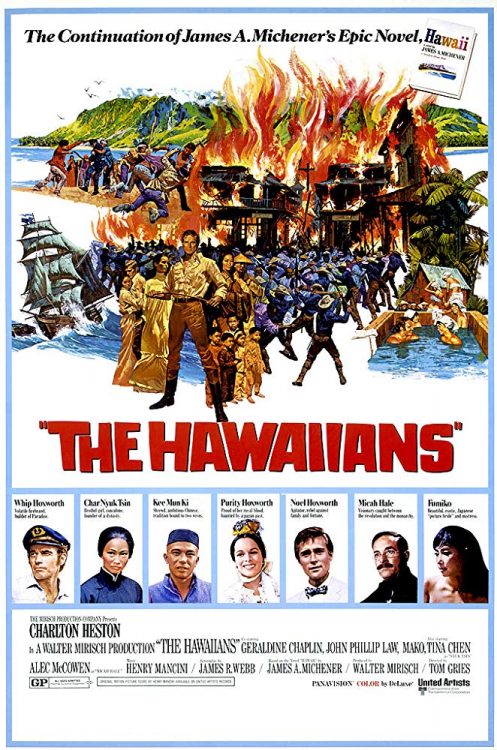 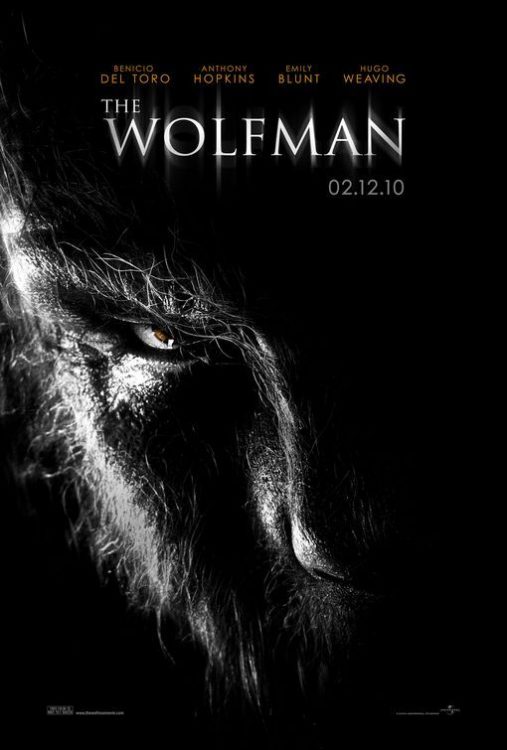 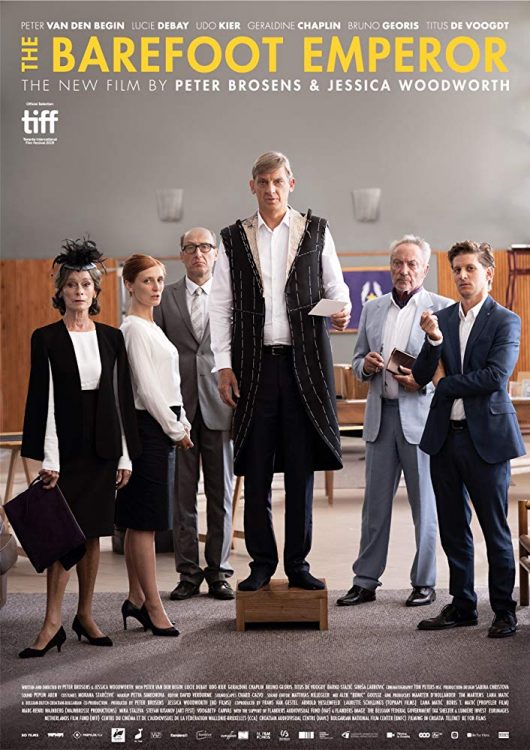