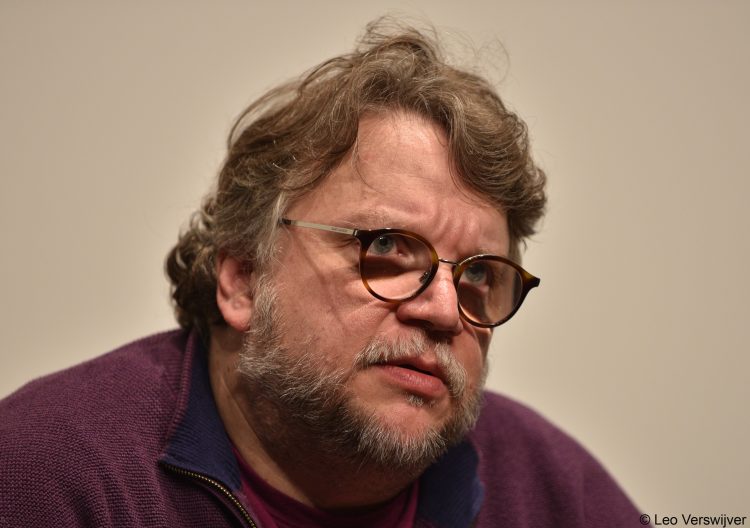 Only recently, he was the talk of the town as the two-time Academy Award-winner for Best Director and Best Picture. I’m talking, of course, about Guillermo del Toro and the success of his latest screen effort “The Shape of Water” (2017), winning a total of four Oscars out of a staggering thirteen nominations and grossing world-wide approximately $200,000,000 while the film had cost a merely $20,000,000 to make.

After making movies for about thirty years, Mr. del Toro (b. 1964, Mexico) didn’t get his big break until he made “Cronos” (1993), winning nine Ariel Awards (the Mexican equivalent of the Oscars), and five years later he made his debut as a Hollywood filmmaker with “Mimic” starring Mira Sorvino. Switching from genre to mainstream features, both in Mexico and the U.S., he’s an all-rounder as a makeup artist, screenwriter, director, and producer.

As one of Mexico’s top talented filmmakers, along with other Oscar-winning filmmakers from his home country he worked with in the past, Alfonso Cuarón (“Gravity,” 2013) and Alejandro G. Iñárritu (“Birdman,’ 2014; “The Revenant,” 2015), Mr. del Toro was the guest of honor at the Brussels International Fantastic Film Festival a few weeks ago where I talked to him during a roundtable interview. My impression? He’s an incredibly fascinating man who knows what it takes to make a film, and realizes all the more there’s a life after film.

Mr. del Toro, how would you describe your life as a filmmaker?

I love to make the movies that I’ve been doing, and I would love to explore—if anything—noir; I’ve always been a fan of that. Film is a vocation, and it’s always been sincere, true, and earnest, and it will continue to be that. I know the voices in Europe, Latin America and North America can be very plural and interesting in director-driven projects. Everybody that I ever worked with as a producer has always been interesting to me, and I like watching their films.

Why is the genre of fantastic cinema so important to you?

Because on a very personal and spiritual level, it has made me who I am. That’s it. The way people found Jesus, I found the creature of Frankenstein—when I was a child, when I was a teenager, when I became an adult, when I became a senior citizen [laughs], every moment of my life the genre of fantastic film has been elementary for me. It’s the one thing that allows me to interpret the work that makes it worth it. You can discuss absolute values in the genre in a way that is parabolic—they are parables. The parable, the fairy tale, and the horror tale are very related, and they are in many ways to me tools of spiritual awakening in my own biography.

Are there any films you can think of right now that you admire?

“Ed Wood” [1994]. That’s a film I could never do. It’s so profound and so powerful; it’s absolutely amazing. The reason why I admire it so much is simply because I couldn’t do it. I guess maybe it’s because to us Latin Americans, there’s a will to accept the fantastic as part of everyday life. That’s very natural to us, considering our culture. If you watch my movies, the supernatural or the extraordinary exists side by side with very ordinary situations. So that’s a natural vocation because I’m Mexican, I’m from Latin America. And when you are Mexican, you are the other, you know. I once was stopped in Beverly Hills by a traffic cop for forty-five minutes. That was in 1995, I think. I was driving a little car that I rented, a very bad car, and I was on my way to a producer. So I got stopped, they checked my papers, and asked, ‘You are from Mexico; I don’t see what are you doing here in Beverly Hills.’ I said, ‘I’m on my way to meet a producer.’ ‘A producer? In this car?’ They kept me there for almost an hour. When you have different roots, you see the world in a different way.

What would you consider your most personal film so far?

There are a few movies that I have done when I said, ‘This is the last movie I make.’ I put everything I had in it. “Il espinazo del diablo” [a.k.a. “The Devil’s Backbone,” 2001] is one of them, “The Shape of Water” [2017] too. When I made them, I thought, ‘Okay, I’m gonna do this, I want to make sure everything is there, and that’s it.’ And curiously, those are movies that I connect with very strongly. And I always tried something different, like “Il espinazo del diablo” is very different from my early movies. Each one is a summation of where I am at that point. The themes seem to coincide, those are markers in what to you is a filmography, but to me, it’s a biography. Every couple of years, a movie of mine comes out, and you may think, ‘Okay, I’ll watch it.’ And you watch it for two hours. Then you think what you think about it, you write what you write, and you move on with your life. While I stay with my life because this is my life. I make another movie, and I spend a few years of my life on it—each film I do, it’s like going through wedding photos or going to a baptism or a funeral; they’re all a part of my biography. They’re very personal. So the way I live my life is very different from the way you watch it. But the fortunate thing for me, is that the people who really connect with what I do, connect at that intimate level. They can feel that those movies are extremely important for me. They are! They really are a matter of life and death; they’re that serious. A filmmaker spends three years of his life for a Google search of three seconds or for an entry on IMDB.

You have made movies about history and politics, mixing historical facts with fairy tales and elements of the fantastic film genre. Why do you choose this particular approach? For the sake of art?

History is told by the winners, isn’t it? If you ask the Aztecs and the Spanish how the conquest went, you’ll get two completely different tales. Because what is called conquest historically can be a destructive genocide for the other side. History is fiction and fantasy that we all accept, and they’re the truth until we change them. And we change so much, all the imaginary lines that we agreed upon, like geography or currency. What is the paper in your wallet worth? Is it worth 20 euros? No, but we agree in a fantasy that it’s worth 20 euros. When I cross between Belgium and the Netherlands, I don’t feel a bump on the road or in my car. We agree that we’re in the Netherlands. It’s a fantasy world that adults agree upon, which is not necessarily any more outlandish than what’s agreed by children or in fairy tales. That’s why I would invite historians to have a coffee with me. I will not remove Greek myths from their discourse, and they can’t remove history from my discourse. It’s not theirs to take from me, and it’s not mine to take away from them at all. Getting back to my films, the most important artistic act is to use the abstract to illuminate the concrete. That is the purpose of art. It’s not to invade reality through fantasy but to reinterpret reality in the most absolute discursive terms through fantasy. That’s something I would tell the historians over a coffee [laughs]. I vocationally say art is what affects you and changes you spiritually through music, audiovisual, painting, and therefore I find art where art finds me. I have no distinction between low and high art. To listen to Orfeo and Euridice’s ‘Dance of the Blessed Spirits’ is as beautiful as listening to The Sex Pistols’ ‘Never Mind the Bollocks,’ depending on what you need as a nutritional component of your spiritual life at that particular moment. So if you ask me, does every film, every art that connects with me, does it immediately affect me? I’m humble, no matter its origin, so I am influenced by soundtracks, video games, opera, set design, or by a beautiful engraving. And I think if you’re endlessly curious and you allow yourself to imagine that we all live in a world where caviar and champagne are the highest forms of food, two months in that diet you will hate caviar, you will hate champagne. But if you allow yourself to have a waffle in the morning, Chinese food in the afternoon, and the next day you have a great pasta, it’s fantastic. And I think culturally we should give ourselves the same latitude: art finds you, but you also have to seek in different places. And when I find it, it happens I don’t know what it means until I know what it meant back then and what it means by now.

Are there any characters in your films that you are attracted to?

I’m attracted to all of them. I’ve seen all of them. I know all of them. We all are heroes and a pain in the butt in the twenty-four hours of a day. It’s only a component of how much of the day you are a hero or a proper human being. When I wrote the character of the bad guy [played by Michael Shannon] in “The Shape of Water,” I also wrote him as the loneliest and saddest character in the movie. And when people tell me, ‘The character of Elisa [Sally Hawkins] is a lonely woman,’ that’s not the way I wrote her, I actually wrote her to be the only character who is not lonely. She loves Giles [Richard Jenkins], she loves Zelda [Octavia Spencer], they talk about her, but she’s okay with it, and she cooks a little egg in the morning. They don’t see her properly, but the creature is happy to see her every day, and he sees her for who she is, even though she’s incomplete. That to me the best description of love: someone who looks at you, the things you do right, the things you do wrong, and he’s okay with it. When you are a father, and you have children of your own, there is no drug in the world that is stronger than when you come home, and you have a four-year-old running to meet you at the front door. That’s as high as you can get because you are the world. And that is a pure form of love. So when you write your characters, you really have to understand them. And even though I dwell in a genre that most people think should be a casual genre, that it’s of no importance or it’s something trivial, for me, it’s the most important genre in my life. 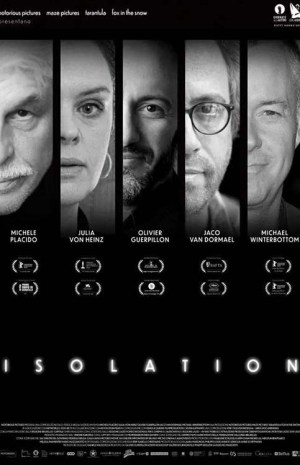