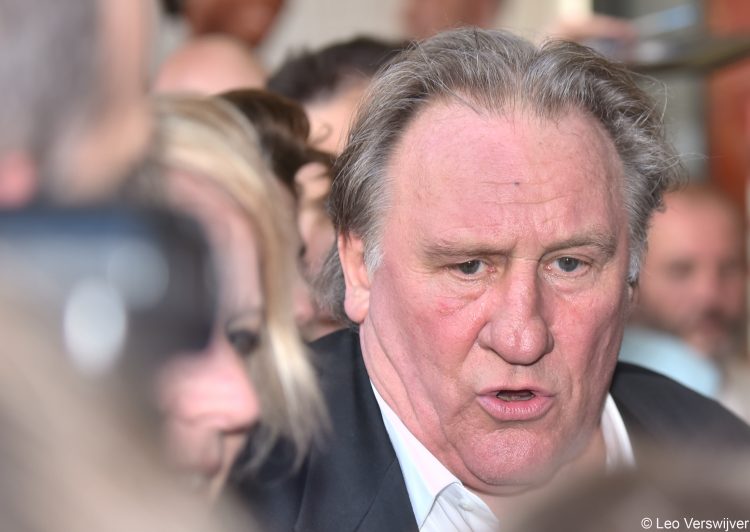 Define a star. How would you describe a star in the cinematic landscape? We all know them; we grew up with them, but yet I think it’s pretty difficult to give an accurate and complete description of what a star really is, let alone the ingredients an actor should have to become a star. Talent is one, for sure, but it also takes a lot of luck and perfect timing—being at the right moment in the right place—if an aspiring and ambitious actor hopes for a breakthrough part to come his way.

I grew up in the 1960s, watching those old black and white movies on television with stars created by the studio system, publicists, or promotional agents. Humphrey Bogart was a star to me. He was a rebel, but he could also be sensitive. Greta Garbo had a mysterious quality and always got the right part, even though at MGM she had to stand up to Norma Shearer who ‘slept with the boss,’ as Joan Crawford once put it (Shearer’s husband was studio executive Irving G. Thalberg). There was Spencer Tracy, who reacted better than most actors acted. We also had John Wayne, Barbara Stanwyck, Paul Newman, Marilyn Monroe… The list is way too long to mention all those talented people with box office power who had lasting and enduring qualities, who for one reason or another—or for several reasons—were accepted or adored by their audience until their star faded until they were replaced by another upcoming actor or simply because they passed away.

In France, one of the world’s most cinephile countries, we enjoyed everything from Arletty to Jean Gabin, all the films with or without Yves Montand and Simone Signoret, or the screen roles of Gérard Philipe, who was a hero of mine. And then, of course, there are always new talented actors that grace the screen, and by the end of the 1960s and early 1970s, they included Gérard Depardieu, Patrick Dewaere, Miou-Miou, and Isabelle Huppert—all actors who appeared in “Les valseuses.”

Gérard Depardieu is a once-in-a-lifetime actor. As an Academy Award nominee, Golden Globe winner, Best Actor at the Cannes Film Festival, two-time César winner (and fifteen other nominations, all as Best Actor), with over two hundred screen roles to his credit, including in America, he is a living legend in French and international cinema. His incredible variety of impeccable performances for nearly fifty years have made him a star, yes indeed, and he has become a monument in his own lifetime. There’s much more to it if you wish to explain why Mr. Depardieu is the kind of everlasting star: you’d have to analyze all the stage and screen roles he played so far. I honestly don’t think he has a lot of competition in that department.

So when he showed up in Brussels at the Brussels International Film Festival (BRIFF) to introduce his early screen classic “Les valseuses” (a.k.a. “Going Places,” 1974) at the Palace theater, both the city and the Festival welcomed him with open arms and gave him the star treatment. And in all honesty, there’s nothing wrong with that.

During the time he spent on the stage of the Palace, he talked about the making of “Les Valseuses,” a cult film in the history of French cinema, how important and influential a good film director can be, what it’s like to be a superstar in France, and the reason for the longevity of his career.

The entire French-language audio of Mr. Depardieu’s introduction at the Brussels International Film Festival on June 25, 2018, at the Palace theater, prior to the screening of “Les valseuses,” is available right here: